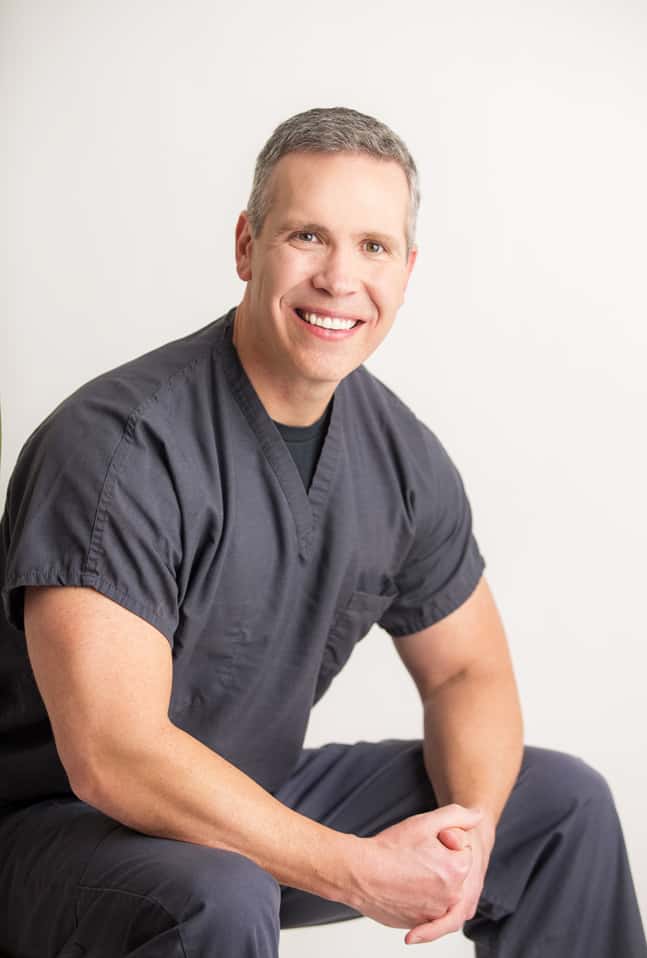 Dr. Courtney French is a board certified Otolaryngologist, Head and Neck Surgeon. He has extensive experience providing both surgical and minimally invasive treatment options for the ears, nose and throat to ensure maximum benefit with minimal risk and downtime. Furthermore, Dr. French has served as an advanced trainer of in office based Balloon Sinuplasty and sinus and snoring surgery. As a leader in this field, Dr. French has taught physicians from around the country how to perform these minimally invasive techniques. Together with his team at Southern ENT Specialists, Dr. Courtney French provides care for multiple issues such as snoring and sleep apnea, chronic sinusitis, allergies, ear fullness, hearing loss and infection, congestion, headaches, and sore throats.

Born and raised here in Atlanta, Dr. French believes in bringing Southern Hospitality to healthcare. Politeness, kindness, and welcoming attitudes are too often missing from businesses today, and unfortunately, this is especially seen in healthcare. We promise to do our best to always treat our patients as we would want to be treated. Finally, last but certainly not least, Dr. French would like to thank all those who have helped make this practice possible- his family, his friends, his mentors, and most of all his wife Jill and Jesus Christ, the Great Physician. He feels truly blessed to have this opportunity to be of service. 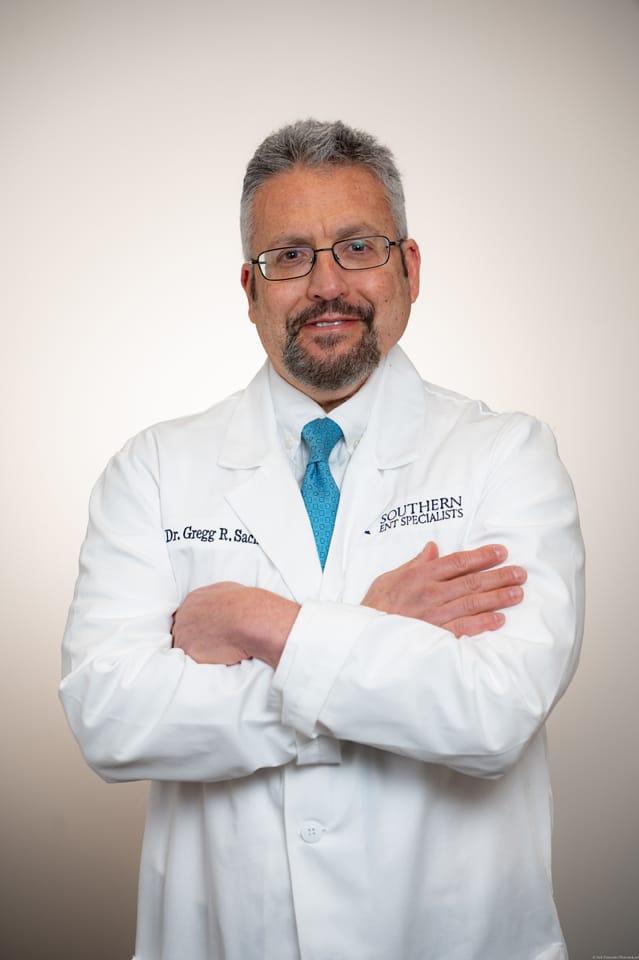 Dr. Sachs has practiced medicine for 22 years, 19 of which have been in Atlanta. He enjoys performing most general otolaryngology procedures which include but are not limited to ear tubes, tonsils, adenoids (on patients 13 and older), thyroidectomy, parathyroidectomy, parotidectomy, rhinoplasty, septoplasty, inferior turbinoplasty, FESS Sinus surgery, sleep apnea surgery including hyoid suspension, tympanomastoidectomy, allergy testing, in office balloon sinuplasty, Latera implants, Vivar/Aerin nasal airway remodeling, and videostroboscopy as well as basic and early stages of head and neck cancer surgeries. He specializes in thyroid, sinus, and sleep apnea surgery.

Dr. Sachs was born in New York City and grew up in New Jersey. He is licensed to practice in Georgia and Florida. He resides in Marietta and has 2 daughters, one is a

Junior in high school and the other daughter has recently graduated from the University of Georgia. Dr. Sachs looks forward to meeting every patient and helping them breathe, sleep, look & feel better. 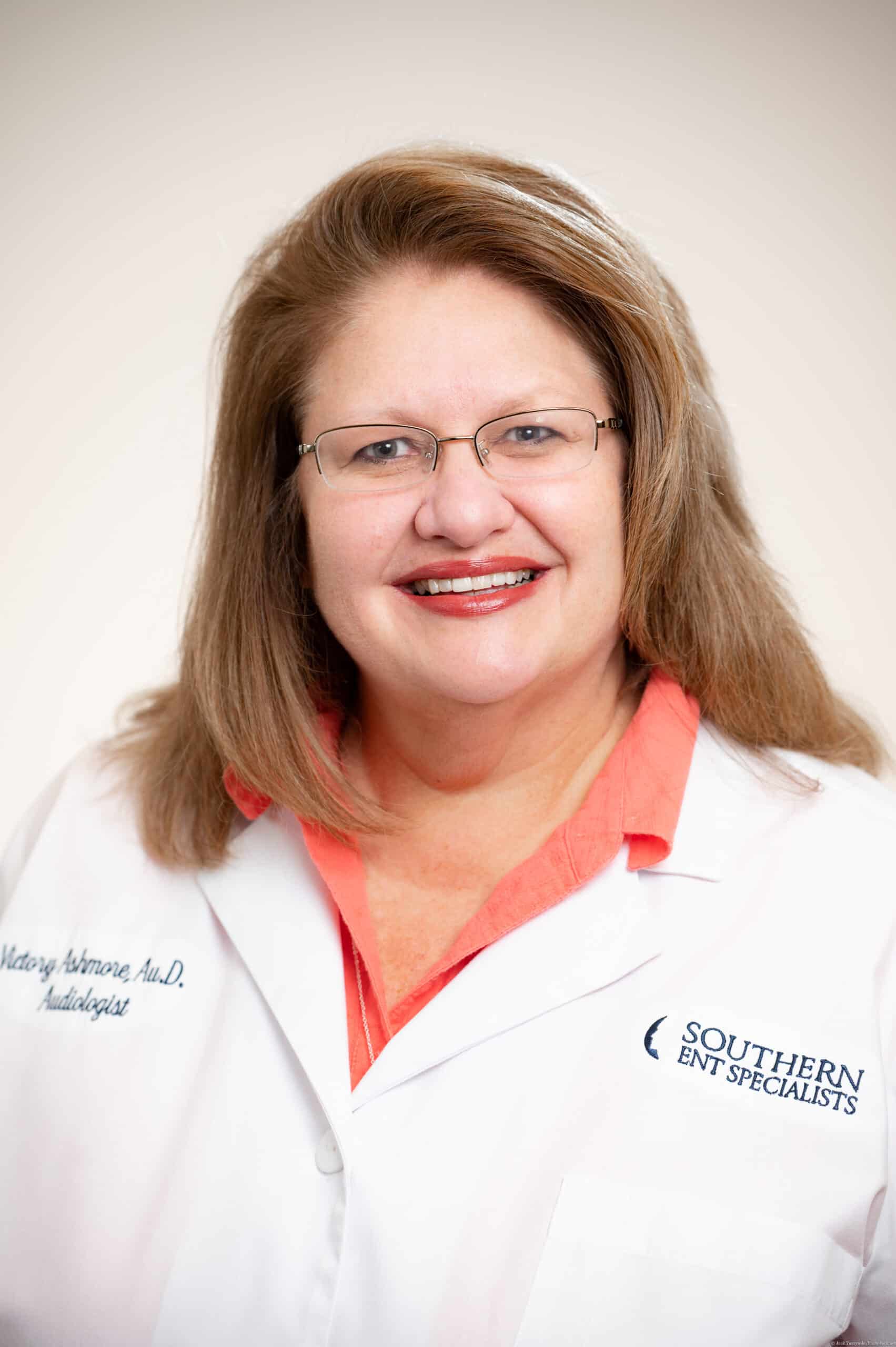 Victory is a born and raised Military Brat and has the blessing of living in many different beautiful places.  She chose to go to Purdue University for her Bachelors in Science in Audiology and Speech Communication Disorders. She stayed at Purdue to earn her Masters Degree in Audiology.

Upon graduation, her first employment opportunity was with the Mayo Clinic in Jacksonville, FL.   There she gained valuable experience in hearing diagnostics, dizziness and balance disorders, hearing aids and cochlear implants.

When she relocated to Atlanta, she worked for a private practice audiology clinic that specialized in hearing aids.  There she was involved in the early days of digital hearing aid technology and still marvels how far hearing aids have come.

Before joining Southern ENT Specialists, Victory spent 20 years as the solo audiologist for a well respected neurologist in Sandy Springs.  During her years with Terence Murphy, M.D.  she experienced most everything related to ears and hearing.  She has worked with hearing disorders, balance disorders, bone anchored hearing aids, cochlear implants and her specialty is hearing aids and amplification.

Victory earned her Doctorate of Audiology (Au.D.) in 2012 from the Arizona School of Health Sciences.

Victory has a true passion to help people hear better and has always felt audiology is her calling.
She has called East Cobb home for 24 years.  In her free time she enjoys being with her beloved family, watching her sons’ sports and having fun with her friends (and dog!).  She is also an avid college sports fan. 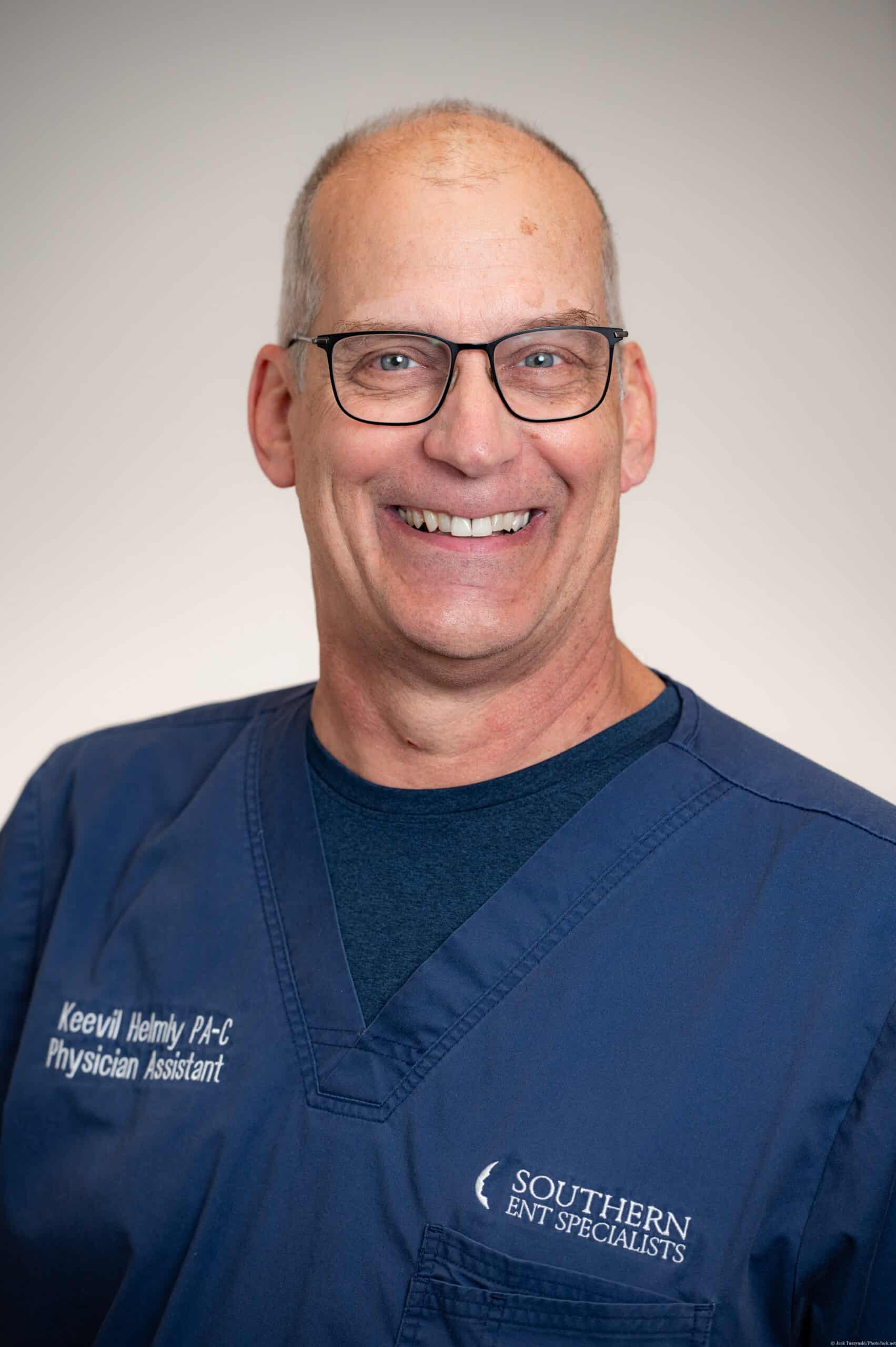 Keevil was born and raised in Atlanta, Georgia. He chose to go to Georgia Institute of Technology where he earned a Bachelor of Science in Management. He later went on to attend Emory University School of Medicine Physician Assistant Program. After graduating he joined the staff of providers at Emory in the Cardio Thoracic Surgery. Later, he discovered his passion for Otolaryngology and started working for Grady ENT Clinic. He continued to work at 2 practices over the next 30 years practicing Otolaryngology (ENT). He has served the community the last eight years as the Director of Midlevel providers training and developing providers to be the best in Ear Nose and Throat care while continuing to see patients. He chose to continue practicing in the field of otolaryngology at Southern ENT Specialists to be close to his home in Woodstock and serve his community locally. He enjoys the continuity of care involved in patients undergoing ENT surgery as well as the opportunity to help patients in other areas he has been trained. These areas include but are not limited to Video Stroboscopy, Trans Nasal Esophagoscopy, Nasal Manometry, Restech ph Probe placement and interpretation, Allergy Testing/ Immunotherapy, Cosmetic procedures such as Botox and Filler. Keevil prides himself in spending time with the patients to come up with an individualized treatment plan that addresses their concerns and looks forward to serving his community locally in Woodstock.

Keevil feels blessed to practice in an environment focused on southern hospitality in healthcare. In his free time, he enjoys riding motorcycles and outside activities with his family and friends!